“Variety is the spice of life and the making of a good hydrogeologist. They should try to gain experience in as many different aspects of hydrogeology as possible. It will make their careers interesting and their CVs appealing.”

August 2020: Thanks to Steve Barnett, who has kindly agreed to give his thoughts. Steve is a Principal Hydrogeologist with the Department for Environment and Water based in Adelaide and long serving “champion” of IAH in Australia. 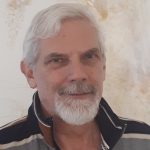 Tell us a little about yourself….
I am a Principal Hydrogeologist with the Department for Environment and Water based in Adelaide in the semi-arid state of South Australia (SA) whose area is bigger than France and Germany combined. Basically, I have been involved in the investigation, assessment, monitoring and management of SA’s groundwater resources for the past 45 years, apart from a short stint exploring for groundwater in the Andes Mountains in Chile.

Why did you join IAH?
It seemed like a good idea at the time (and still is !). A meeting of about 40 hydrogeologists at a national groundwater conference held in Sydney in 1983 decided to form a national chapter of the IAH. There was a great feeling of camaraderie and shared sense of purpose and belonging. I did not anticipate that I would become President of the chapter 20 years later.

A further milestone came in January 2004 when at my home university (where I lectured then in Geophysics and Hydrogeology) I got a phone call from Christine Colvin from South Africa. The conversation was on my nomination to run for the VP of IAH (sub-Saharan Africa) as she was the outgoing VP at that time. Sounding confused and inexperienced about such role and responsibilities that comes with it, she encouraged me to send my CV. I did and was later nominated and voted in to serve as VP (SSA) and member of IAH Council (I was re-elected in 2008 at the IAH conference in Japan). It was an interesting journey for me and I enjoyed working with the IAH executives and other regional VPs.

What would you say have been your career highlights, successes…?
I have found my career fulfilling on many levels. Because groundwater underpins many aspects of human existence, I have enjoyed interactions with many different professions including isotope chemists, lawyers, drillers, ecologists, farmers and policy makers to name a few. I found creating relationships with groundwater users not only rewarding, but essential for good resource management outcomes (especially when reductions in water entitlements are being considered). The greatest achievement was being able to enjoy going to work every day (mostly). This was largely because I decided to maintain a technical focus rather than meandering up the managerial path.

What would you say have been the biggest changes you’ve seen throughout your career?
When I started my career with a government agency back in the Neolithic Period, we had a mainframe computer with punch cards, the bore database consisted of cards with information on each bore (water levels, salinity and logs) added manually, and we drew hydrographs by hand. Improvements in computing and the development of specific packages (contouring, pump test analysis, GIS etc) has improved individual productivity enormously over the years. However in larger organisations, there has also been a significant increase in bureaucracy, process and procedures that decrease the functional efficiency of those groups.

Over the years, there has been increasing use of the internet and social media etc for the dissemination of ideas and information which has resulted in professional relationships becoming more digital and less personal. Globally, most of us have experienced how the response to the pandemic has accelerated this process to detriment of human and social interactions which enrich professional life.

What are your concerns now or for the future, relating to hydrogeology?
In Australia in the 1980s, there was considerable government investment in the investigation and assessment of the nation’s groundwater resources which enabled hydrogeologists of my era to do extensive field work and gain broad experience in most aspects of the discipline. Because of decreased funding and the fact that most resources are now well understood, there is little opportunity for younger hydrogeologists to carry out extensive field work and gain the same broad experience. While they may be able to access facts and information online, it is difficult to download wisdom and understanding.

What piece of equipment/software/item have you found the most useful/you could have managed without throughout your career?
I use GIS virtually every day and find it essential for the spatial analysis of groundwater data, preparation of maps and presentations, and assistance in the formulation of management policies. Recently, I have enjoyed creating 3D visualisations of sedimentary aquifer layers in our major groundwater basins (see example, below).

What three tips might you give to someone just starting out on their career?
1. Most organisations have some policies or procedures that are based on “accepted wisdom” or in other words “because we have always done it this way”. These ‘wisdoms” should be challenged (nicely) if you have ideas and evidence for ways of doing them better.
2. When addressing non-hydrogeologist audiences, always assume they have no understanding of groundwater. Keep it simple with clear diagrams, explanations and analogies whilst avoiding jargon and equations.
3. Being human, we are all capable of occasionally making a “dumb” decision. Twenty five years of experience as a private pilot has taught me that the next decision is crucial – it could either salvage the situation, or make it a hell of lot worse.

What tips might you give to someone just starting out on their study or career?
Be motivated and passionate about your career.

As someone who might employ others, what skills or “special something” might you be looking for?
Passionate and highly motivated individuals, it is not not necessarily all about the qualifications; those motivated and looking to see what they can do, or bring.

What do you think those starting out should do to gain good experience?
Variety is the spice of life and the making of a good hydrogeologist. They should try to gain experience in as many different aspects of hydrogeology as possible. It will make their careers interesting and their CVs appealing.

Your future plans? Aspirations?
In South Australia, wine is produced by groundwater filtering through grapes. Although I am in the twilight on my career, I will continue my research into the relationship between the quality of wine and groundwater condition on an almost daily basis. 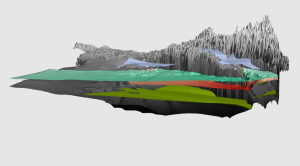